They tell me the old guys still swap lies,
they sit and chaw, eat stale moon pies
and spit and jaw on Brown’s Store’s porch,
until the summer starts to scorch.

Methuselah’s granddad sits out there
moving checkers in a lazy square
while talking about his long-gone pals
when men were men and gals were gals.

He lassoes swans and tackles turkeys,
eats fried chicken, chews on jerkies
(though he prefers it made from deer)
he drinks some sweet tea, maybe beer.

He calls to guys at the diesel pump
to tell of his bullfrog’s highest jump.
Claims he raised it from a pollywog
found in a marsh by his hunting dog.

He fed it skeeters and baby bats
and as it grew, it ate stray cats,
it climbed a tree to catch an eagle,
nearly swallowed his poor old beagle.

He made a saddle and built a bit;
the danged old bullfrog had a fit.
That frog jumped halfway to the moon,
it bucked and rolled like a great typhoon,

still, he hung on and they got along
until that frog burst out in song.
It bellowed so loud it popped his ears,
and that’s why grandad barely hears.

Folks call him crazy, say he’s a bore,
and some steer clear of old Brown’s store
but no one dares to walk away
until he’s said what he wants to say.

For the most recent online East Valley Poets meeting, we were challenged to write a poem based on a story. I was reminded of Cowboy Poetry, and I made up a story, setting my poem at a nearby gas station, which serves as a local meeting place. 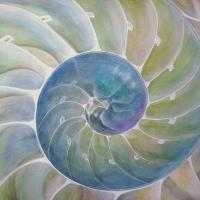 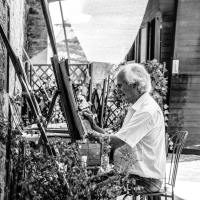 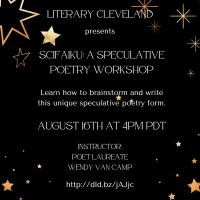 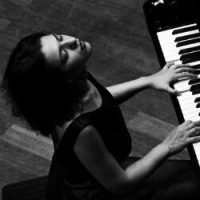 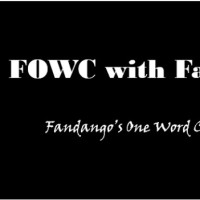